I usually try to post weekly by Wednesdays but this week I’ve been feeling really uninspired I was just going to skip last week entirely. I’m not sure why I’ve been feeling this way, I suppose stresses about fitting in here, adjusting quickly enough and work pressures have all combined to just make me feel bleugh. But at the end of the week things started to turn around and the work I’d been putting in at school has started to pay off, so I thought I’d do a less travel-y blog and a more catchy up-y work post.

I’ve pulled together some drafts I wrote during my first few weeks here. So here we go, one of the first things I wrote when I got here:

Today was my first solo English lesson. shocking I know considering that at the time I’d only been in the country for 36 hours. But there we go, fast-paced.

To say I was nervous is probably a bit of an understatement – I had absolutely not a clue how I was going to deal with, let alone teach English to a class of five year olds.

That’s all I wrote, I remember sitting down, writing it and instantly falling asleep on the sofa. For the record, I’m still not entirely sure how I’m going to deal with these kids. The language barrier is huge, not in terms of teaching, that’s okay, huge in terms of controlling the class and getting them to behave because, oh do they love to do the opposite. Recently I’ve been working on what one of other teachers calls “The Dad Stare.” This is where you stare down the student until they stop messing around. But I can see it, I can see the twinkle in their eyes, they know there’s nothing I can do. So I’m currently trying to figure out my next tactic. They just don’t listen to me! I have the one kid that constantly headbutts me?? No matter how much I tell him to stop, here he comes again, head first! My thighs can’t take much more of this blunt force trauma.

The next thing I wrote was two weeks in:

I am an English teacher. Apparently. According to the Chinese government. And my employer. And my visa. So I guess it must be true; I am an English teacher. It just doesn’t feel like I am, I have no idea what I’m doing, and my “training” is entirely internet based. That’s right, despite having taught for 2 weeks I have received no official in-person training. I am in waayy over my head. However, I’m learning to tread water. Or at least until there’s an inspection, or parent’s evening, or the kids have to take a test.

So to help myself moving forward I’ve created a quick quiz:

1) When conducting your first solo lesson and you have 26 little beady eyes staring up at you, do you

A) Be spontaneous! Think of some fun little games on the spot.

B) Ask for help from the Chinese teachers in the class?

or  C) Start crying in front of 13 five year olds?

The answer is, of course, C. You start weeping like the kids you’re in charge of. But don’t make it obvious. Oh no! Carry on struggling through the lessons with silent, unstoppable, tears, until one of the little girls in the class, with a concerned look on her face draws, the line of a tear down her cheek Such fun!

2) You have to create a learning “environment,” which is basically interactive display boards, do you;

A) Get cracking! This requires attention and this will be used to judge your work performance.

B) At least make some plans and flashcards so that all you’ll have to do is assemble it at the last moment.

or C) Use all your prep time to stare blankly at the walls while the work piles up?

Thankfully things of got better since then. I haven’t cried, someone has fully explained the syllabus to me so now I know what I need to do and for when, I am also able to plan and deliver relatively good lessons for the kids. These four weeks have been pretty full on (even by the standards of the other teachers) first we had to make 12 interactive displays for the classrooms, then there was parents evening, then there was open days last week. All of this has meant working through lunches, staying late, and generally giving most of my energy towards work rather than establishing a life here. Which in turn has only made me feel worse because I feel like I’m not as adjusted as I should be considering I’ve now been here for four weeks – I barely know the city I’ve been living in! I know I’m being hard on myself, that I should give myself some time, but it’s not easy. This is the unglamourous, harsh side to moving abroad. There aren’t instant rewards, it requires time and patience and an uncomfortable period in the beginning. I was the same in Naples and that turned out to be some of the best times in my life. I just need to get through this first stage.

But as I said in the opening, the end of last week was actually really good. I had an open day for my older class, this is different from an open day in England, it was not prospective students and families having a look around. The parents of the kids in my class came in to watch me teach and decided whether the thousands of yuan they spend a month on tuition is worth it. So, as you can imagine, there are very high expectations and not the most forgiving audience. Oh and also the boss of the whole international schooling corporation happened to be dropping by that day as well!

I had my lesson well planned out, the kids had been working on the vocab since the week before, and I has all the equipment I needed ready. Even so when the parents started filling into the class my palms got a little sweaty – this was a big deal. The lesson went smoothly but I really had no way to tell whether it was well received or not until I was told my marks at the end of the day. And you know what? I got 9/10 and the next day I got 10/12. I got the highest scores in the school, passing other English teachers who have been working there for over a year. I know its a little braggy, I’m just so happy with it! I worked hard and it paid off. Truth-be-told I wouldn’t have been able to achieve those scores without the help from others. I’m taking it as a little sign that things are starting to take a positive turn.

So yeah, I’m an English teacher, and apparently not a bad one. 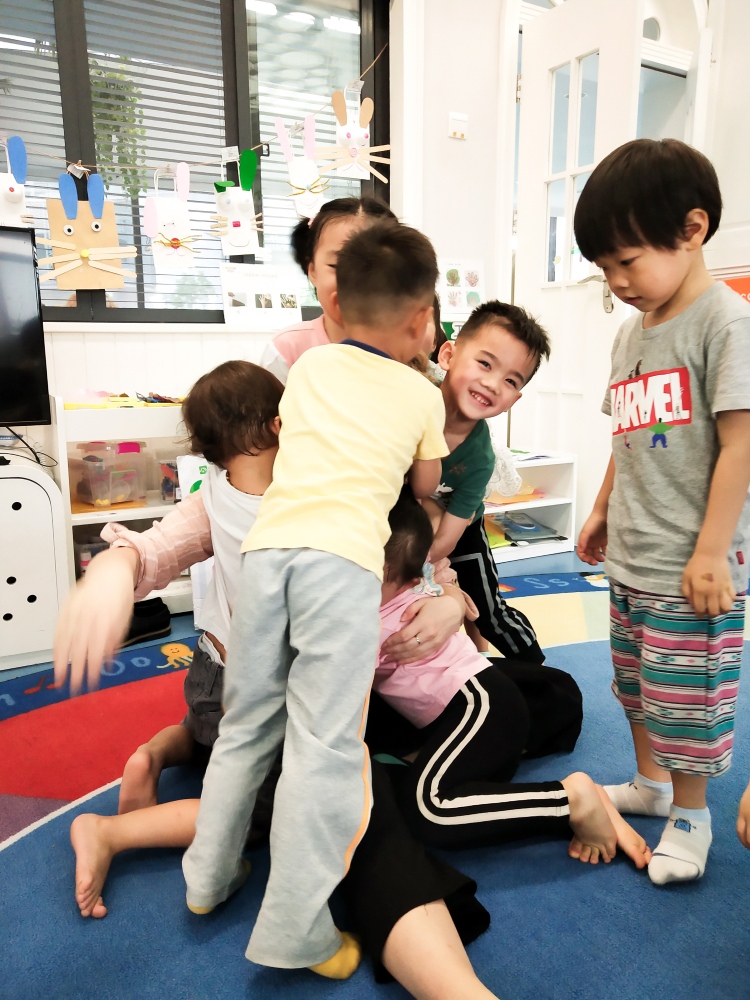 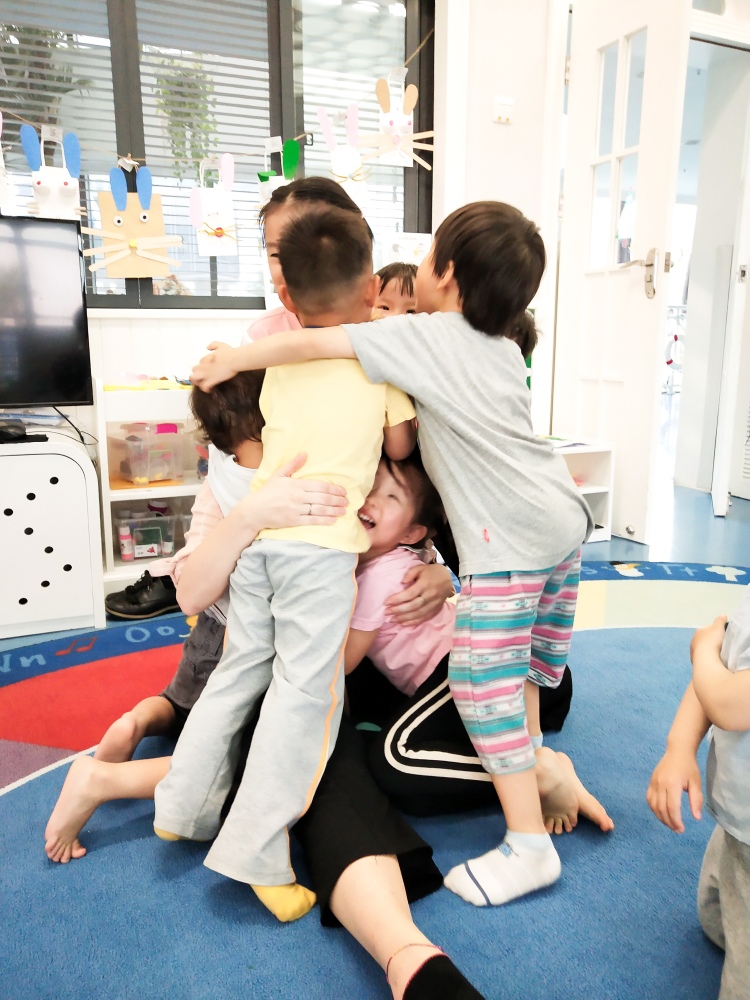