Last Sunday I took myself on an adventure. I needed to get out of the city and into the greenery of nature. I’d heard lots of good things about the lakes that surround Huizhou. As I’d already visited West Lake, I started planning a trip to Red Flower Lake. I spent a large part of the morning trying to figure out how to get there. I looked into buses but there is very little information online about Huizhou, let alone its public transportation. Then I tried to look into the Chinese version of uber, however, shockingly, it was all in Chinese with no option to translate it. Eventually I had what I thought was a car booked, but then the driver rang me, and even more shockingly he was speaking Chinese! He cancelled on me. So did the next, and the next. I lost with my patience so went out into the street and hailed a taxi. In the end it was only slightly more expensive… Ha! I just did the math, it was 28p more. China is so cheap!

After about 40 minutes the taxi driver pulled over on the side of a busy streets lined with shops and pointed to the meter. I looked around, confused. I was still surrounded by concrete. I was still in the city. I pulled up Google translate: 紅色的花湖. I was nowhere near a lake! But the taxi driver was very insistent that I should get out here, and seeing as I had been in the country for twelve days I decided to trust him and got out. I began walking in the general direction of the foot traffic. The street was absolutely filled; cars, motorbikes, buses, people, noise. How was this the right place?! It wasn’t until I looked to the right and I noticed that every single shop was renting out bikes. I knew that hiring bikes to cycle around the lake was popular so I walked into one, and Google translated myself a bike and directions to the lake. 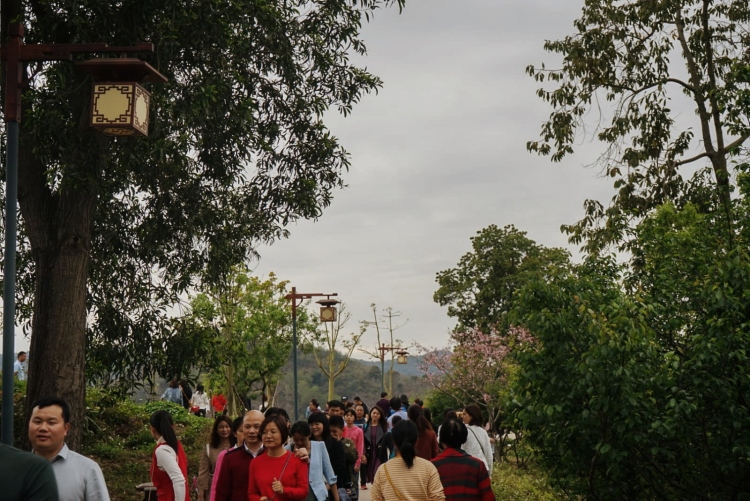 I paid 20 (approximately £2) for a bike that clicked and squeaked every time I pedaled. I loved it. I pushed it up a very steep hill, turned off my mobile data, put in my headphones and began my journey. And then, there it was. Glimpses of a beautiful lake through the trees that surrounded it and cloaked the hills. Red flowers lined the pathways, the air was thick with the lazy sweetness of springtime blooms. Huge black butterflies with peacock green wings swooped overhead like small birds and fluttered in between the flowers. 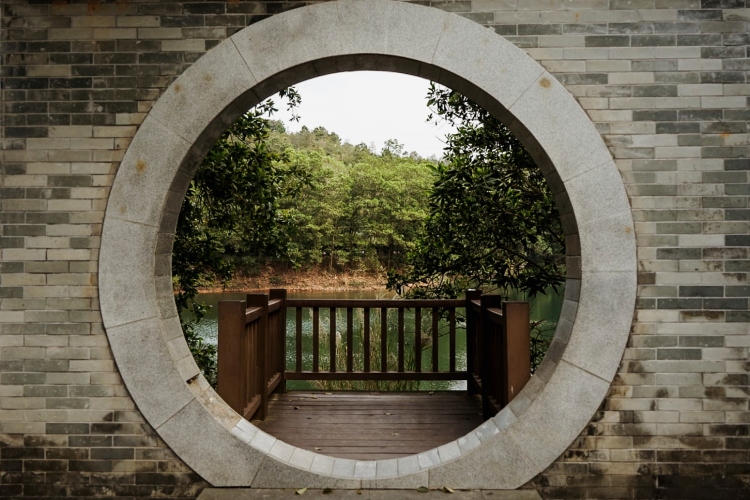 I peddled around, speeding past girls in summer dresses and heels, couples on tandem, and children running around the grass between elderly people doing tai chi. I would stop at random places to gaze out through the trees and onto the water beyond. At one point the trees fell away revealing a sheer drop, a view on to the rolling hills beyond and rice paddys below. Out on the lake there was a pavilion accessible only by a little wooden bridge.

This was the first time I really felt like I was in China. The previous two weeks I’d focused more on finding my feet at work, consequently my surroundings had blurred into a generic city – busy streets and tall buildings. But this? These hills, these trees, these rice paddies?! This is not England. I suppose it first time I’d taken a break to really appreciate where I was, and it was needed. I’m in bloody China!

I carried on around the lake, watching the swallows in the sky, the flowers turning into a red blur on one side, and the ever-present lake on the other. I stopped at one of the pavilions and noticed some steps down to an old, broken platform. Many of the wooden floor panels were missing or jutting up at the wrong angle so it was completely deserted. It was the only truly quiet place I found all day. I sat on the edge for a long while taking it all in, drinking my coffee and just relaxing. It was so tranquil. The noise from the path was almost unnoticeable leaving just the water lapping ever so gently on the shore and the sounds of a fish jumping close by. It was perfect.

Eventually I became aware of the time and got up the leave. It was at this point that I noticed the largest pile of human crap I’d ever seen in the broken floorboards! Then, to my absolute horror, I noticed more and more! That’s why it had been so quiet there. I had been hanging out in a public  toilet. A beautiful, beautiful toilet. I left pretty quickly after that.

By the time I left the lake it was getting dark. I felt tired from cycling but happy and content that I’d gone out and done something, that I’d seen some more of this new, amazing country. 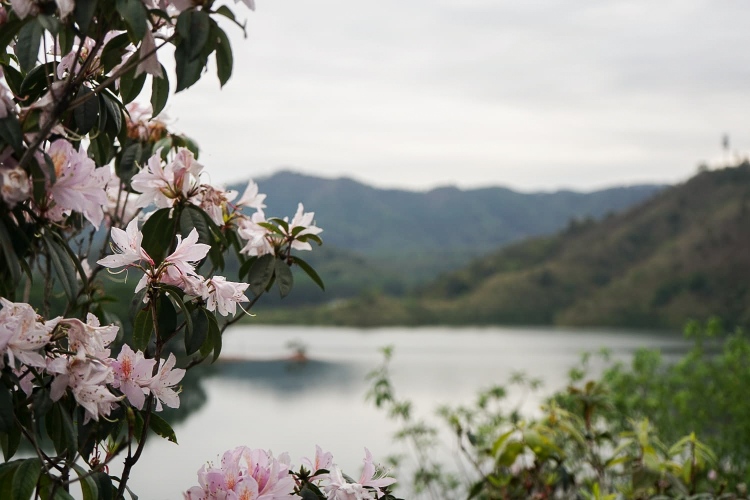