The fluffy sheep of Dartmoor were long gone, replaced instead by hardy goats that grazed on the side of red desert rocks and camels. Yes, camels. I screamed when I saw the first herd. Camels, not in zoos, not dressed up as a tourist attraction, but wild camels, swinging their heads to watch the screaming car crawl past.

The only sign of human life, apart from the unmarked road we drove along, were the telegraph poles that flanked a railway line, covered in dust. To my left were sand dunes, again dotted with the silhouettes of camel trains. Notches ran down the warm coloured sand where the elements had shifted it, creating a ripple effect that appeared ever-moving as we drove along.

There were no trees, no bushes, just handfuls of rough looking grasses littered across the ground. The wind whipped up the sand, turning it round into whirlwinds that raced along next to the car, climbing higher and higher, until the endless blue sky was stained orange by pillars of sand.

We were in the desert now, there was no doubt about it. The air was hot and dry, I had to constantly drink water to stop my throat from becoming the same way. 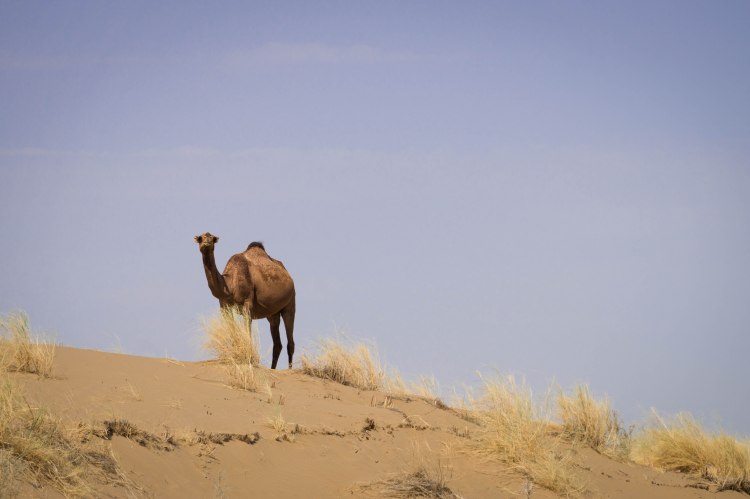