Van was the first place we really relaxed, and for that, it has become one of my favourite places. The road was starting to get to me, the 7 am starts every morning, followed by days packed with driving, writing, and exploring. I don’t want to sound ungrateful these are all things that I really enjoyed doing but we never took a break and after a while it was exhausting. I needed to relax. I needed Van. The shimmering lake, the change of pace. On the first morning there I woke up feeling refreshed, I had slept in an actual bed, enjoyed air con, and eaten western food. 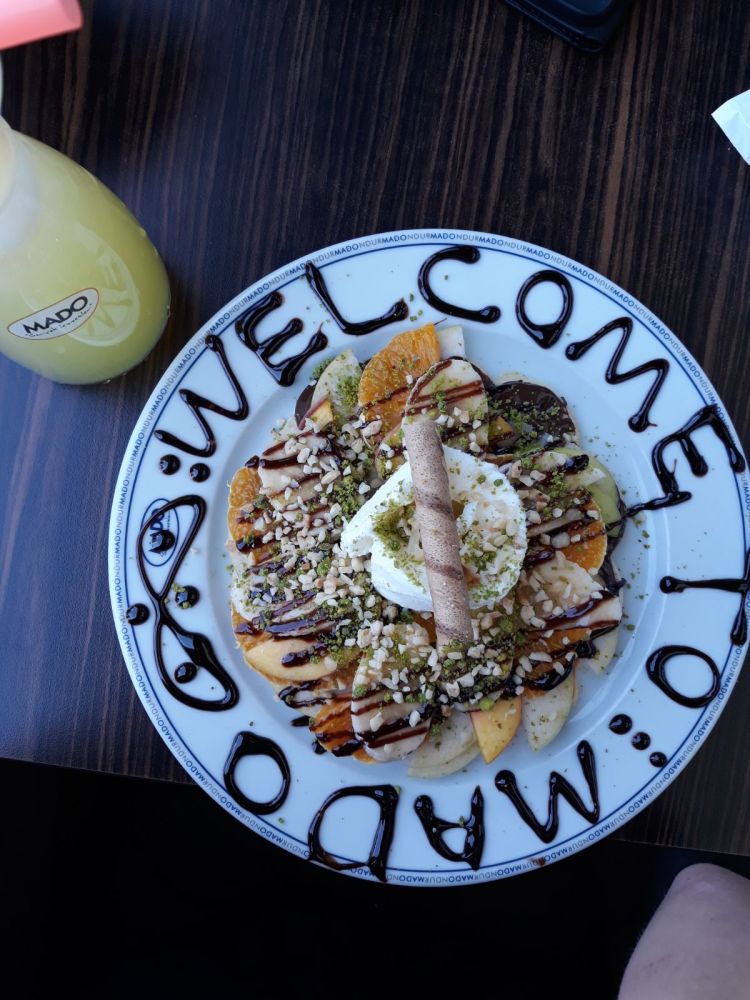 We had two things to do while we were there, buy a new, un-traitorous hard drive, (which I did in the few minutes before we left), and go on a boat trip to a nearby island. It took forty minutes for the boat to leave the shore and get to the island, in that time it got hot! The sunlight was reflecting off the water, hurting my eyes, and there was a man on the very front boat doing “yoga,” although to me it looked like year 8 PE stretches, either way, he was ruining my view with his inflexible body and it irritated me. 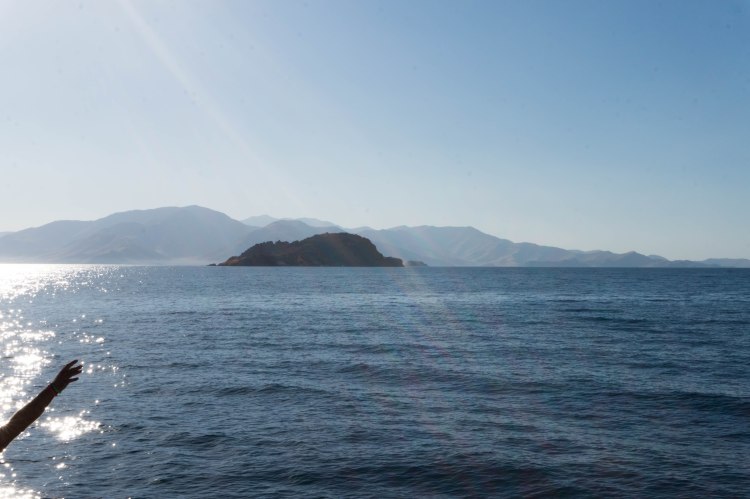 Local legend tells of a girl and her father who lived on the island. The girl was in love with a boy from the mainland. Every night, without her father knowing, she would light a candle and leave it in the window so that her lover could swim towards it and they could be together for a few hours. But one night her father found out and I guess he wasn’t too keen because he extinguished the flame, plunging the island into darkness. That night when the boy tried to swim over he had nothing to direct him, and he drowned in the lake trying to reach his love. Why he didn’t turn around and swim to the many lights that must’ve been on the mainland I’m not sure. But I thought of his idiocy as I watched the dark water slide past our boat and I wondered what other stories it held. 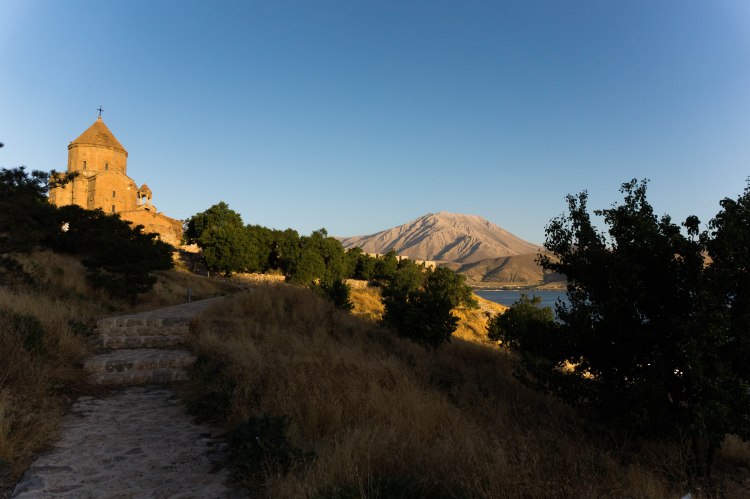 On the island, I left dad at the church and headed down the dusty path to the water’s edge. I stumbled over the rocks in the shallows before diving into the water. I instantly resurfaced and scurried back to sit on the sand. The water felt slimy and slick and it tasted foul! I thought it was filled with fuel from the boats that were anchored nearby. I was desperately trying to wring it out of my hair when upon seeing my confusion and/or disgust a man near to me introduced himself and explained that the water had high levels of soda and other minerals in it, which gave it its unique taste and feel. Run off from the surrounding mountains and rapid evaporation created a situation similar to that of the dead sea, just without the death. It turns out the water was actually really good for regenerating skin. So although we never made it to a Turkish Bath, we had our own little spa treatment in Van. 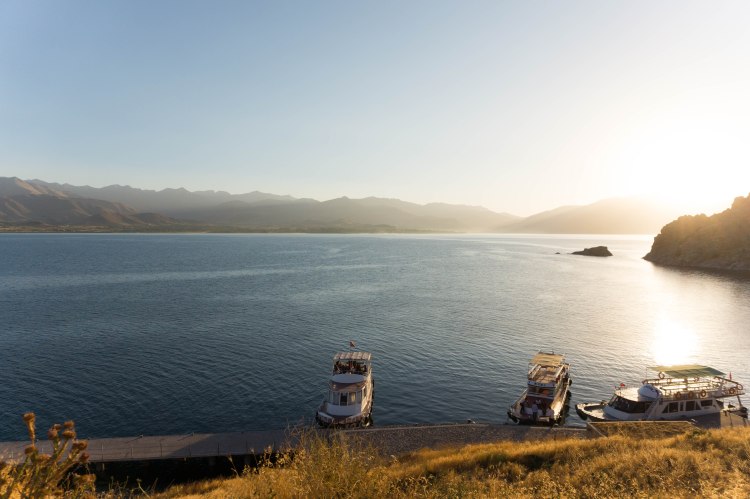 With my trust restored in the strange water, I re-entered. I swam out until it turned to black beneath me, the sounds from the shore began to ebb, and the mountains grew above me, taking up more and more of the blue sky. Because the water was so full of minerals it was easy to float, and I stretched out on my back, water up to my cheeks, and I watched birds flying high above me. Through the power of osmosis, I felt all the stresses of the Rally escape me. I closed my eyes and listened to the far off rumble of underwater engines leaving the Cove. 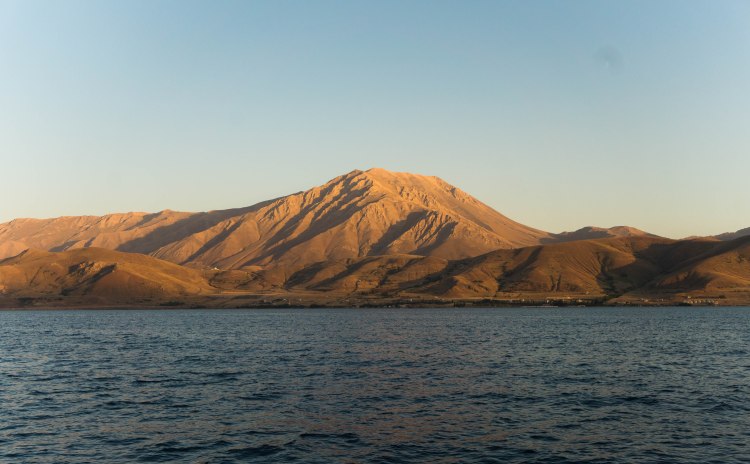 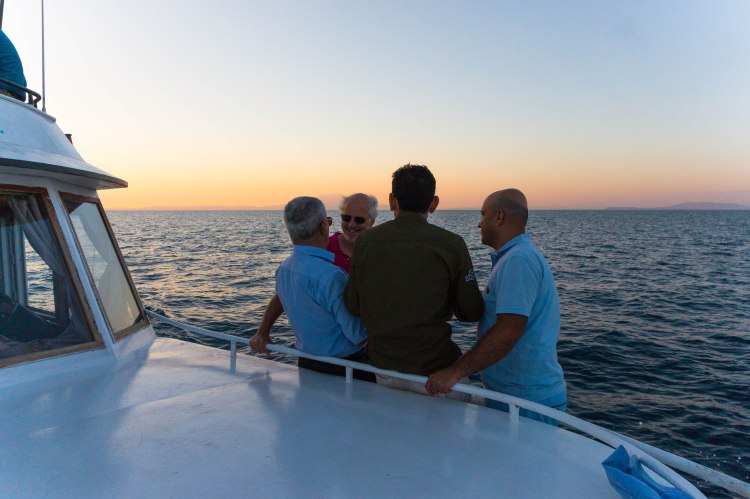 On the boat back a friendship was struck between dad and a group of Iranian students completing their master’s degrees in Van. All through the mishearing of “Ian” for “eagle,” which then got elaborated to Bald Eagle when dad took off his hat, much to everyone’s amusement. While dad stayed, I left this boy’s club to watch the sun sink behind the island we had just left, and the moon hanging low over the mountains in the other direction. The sound of dad’s laughter mixed with that of his new friends filled the boat and everything just felt so peaceful. Van was everything I needed it to be and I woke up the next morning, ready to get back into that rally lifestyle. Which we fully embraced that night when we slept in the staff room of a primary school on the Turkish/Georgian border! 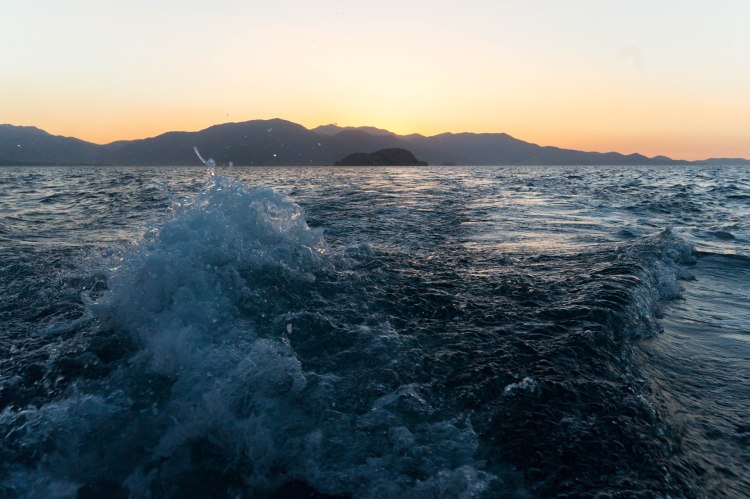